Can you read this word?

This image is an extract from a property deed dated 1769.  Can you read this word?

Some letters are familiar, so start with them.  Which letters can you make out? My guess is p, a and s are easy enough.

Maybe you can see the g as well.

There is an e in there, but it isn’t quite the same as we write nowadays.

The two remaining letters are different forms of the same letter.  You have already read a third form of the letter. The letter is s. See it now?

I will be exhibiting this deed at the Cambridgeshire Family and Local History Fair this Saturday (22 October 2016) at Girton Glebe Primary School, Girton, Cambridge, CB3 0PN from 10am to 4pm.  Come along and find out more about reading old handwriting.

Over the last few weeks I’ve reminded you that the Suffolk Family History Fair will come to The Suffolk University, Waterfront Building Neptune Quay, Ipswich IP4 1QJ on 24 September 2016.

Family Folk will be there.  The 3 items shown above are connected to the theme of this year’s exhibit: Old Handwriting Deciphered.  Come along and find out what the connections are. 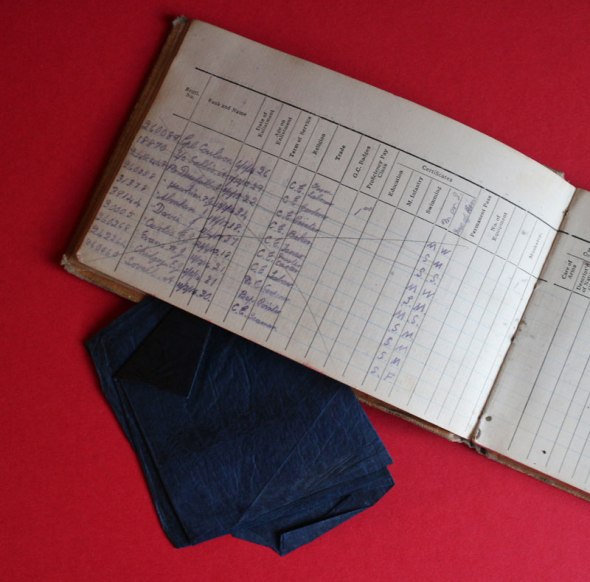 The Human Genome Project completed mapping the DNA sequence that contains all the information needed to build a human body in 2003.  Since then, DNA testing has come within the reach of family historians, requiring just a sample of body cells.

The DNA molecule is made up of two strands of complimentary base pairs that fit together like a zip. DNA is replicated by unzipping its two strands and making a new partner strand for each original strand, producing an indentical copy.  The instructions contained in the sequence of base pairs are copied much like carbon paper can replicate a list of names.  Mutations happened when the copying process is not perfect.

DNA is not kept as a simple string within our cells.  It is packaged up into chromosomes and each package keeps a selection of instructions together, a bit like binding the pages of a book.

When ordinary body cells divide to produce 2 new cells, two sets of complete chromosomes are copied to each cell, a process called mitosis. The book analogy is that each cell gets a complete book with identical pages.

Making a new person is a little more complicated than growing and dividing ordinary cells.  When egg and sperm cells are created, through a process called meiosis, only half of the DNA goes to each cell. The process is complicated further, with mixing of parts of the DNA.  Each human embryo, made by combining an egg and sperm, gets half of it’s DNA from each parent, in a unique mix.  Using the book analogy again pages are swapped between books.

Understanding these processes is critical to interpreting DNA test results.  Dr Maurice Gleeson will explain how DNA test results can assist family history research at the Suffolk Family History Fair on 24 September.  See you there?

Growing Roots, or what my grandmother taught me

My gran taught me to crochet when I was a teenager.  While wielding her crochet hook, she talked about her youth, siblings, growing up in Birmingham between the 1910s and 1930s, and the courtship on a tandem that lead to her marrying grandad.  That started the growth of my family history roots.  This year the Suffolk Family History Fair theme is Grow Your Roots.  See you in Ipswich on 24 September 2016?

Family Folk will return to Ipswich for the Suffolk Family History Fair on 24 September.  Hold the date, and watch this space for further annoucements.  In the meantime, this image is a teaser for what Family Folk will be up to. 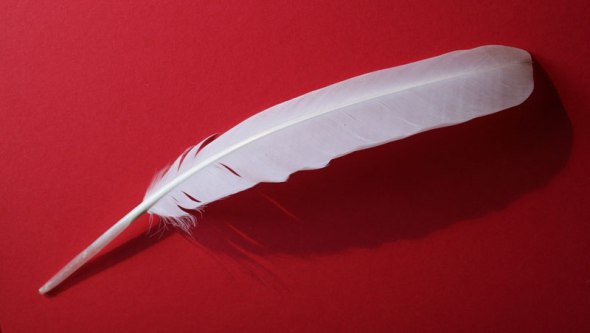 Fun at the Fair – Hero or Rogue?

Join the jury and vote on whether these two chaps were heroes or rogues.  Come along and examine the evidence.

On the 17 October 2015 the Suffolk Family History Society celebrates its 40th anniversary with a Family History Fair.  Family Folk is pleased to announce that we will be attending with a stand.

Watch this space for more details.  See you there!

Illegitimate Children and a Widow’s Reluctance to Remarry